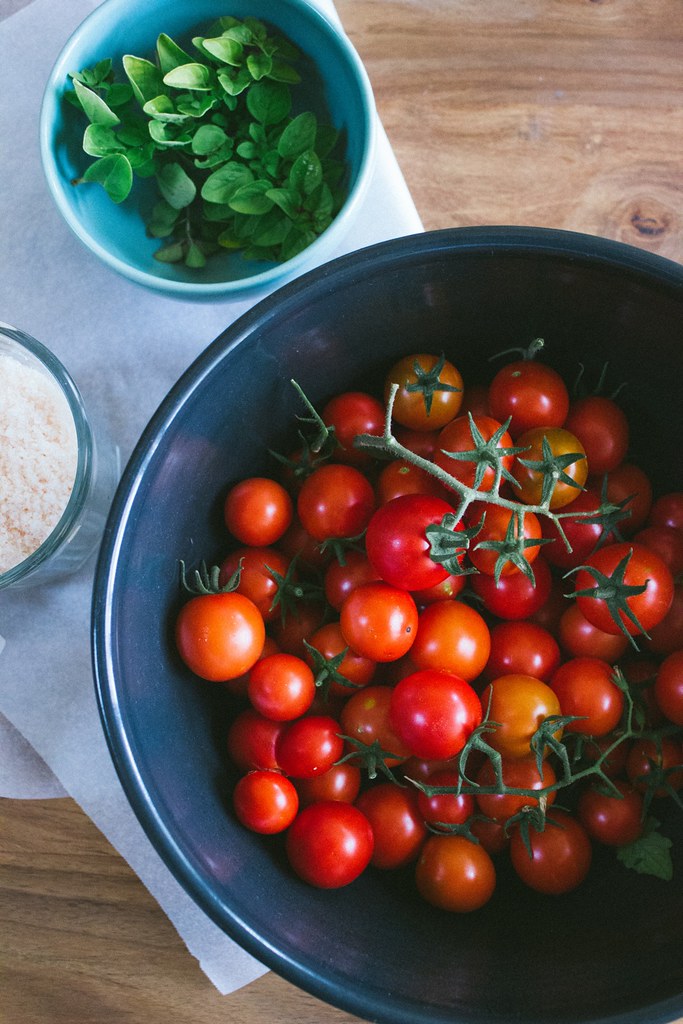 Preserving food at the end of Summer requires respect for tomorrow’s hunger. The effort of chopping up fruit, sterilising jars and dabbling in science to capture the sweetness of the season brings no immediate gratification. But when the chill of the evening air takes your breath away and the sun is keeping its distance, a twist of a lid to reveal a soft peach or sticky jam is heavenly.

This week I found myself with a tomato glut, ripe for my future cravings. 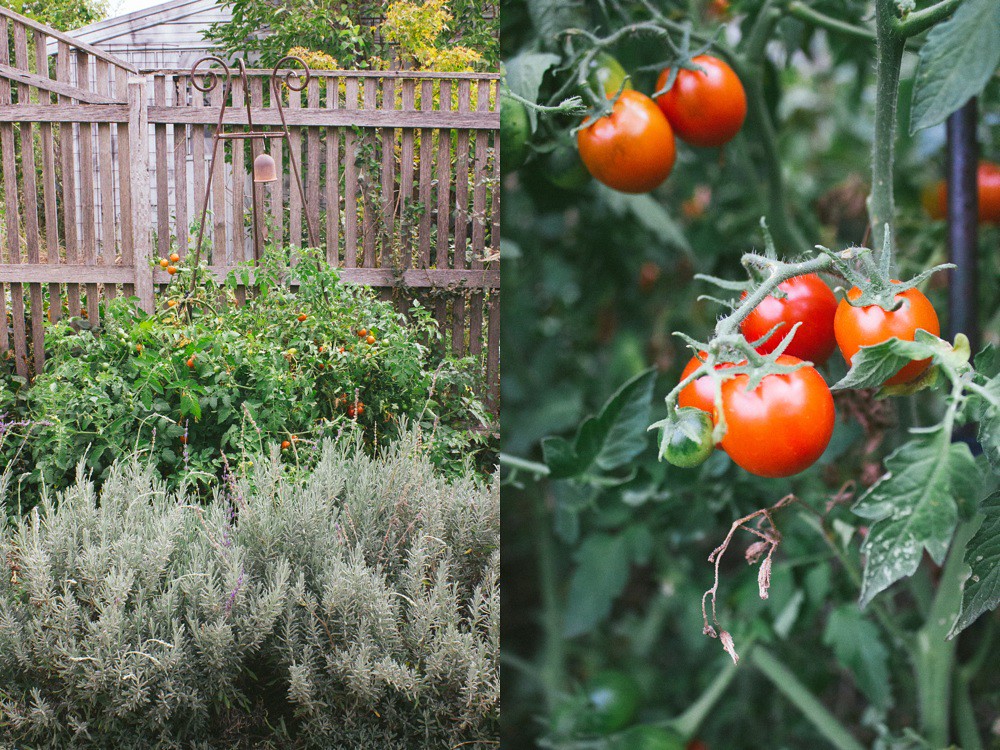 A green-thumbed and generous friend gifted me three tomato seedlings as a housewarming present last year. It was  late in the planting season, but I found a spare bit of dirt behind a wall of lavender, popped them in and hoped for the best. The hardy little plants have not only survived the dry heat of Summer, they’ve thrived and are producing bright, juicy fruit faster than I can consume them. 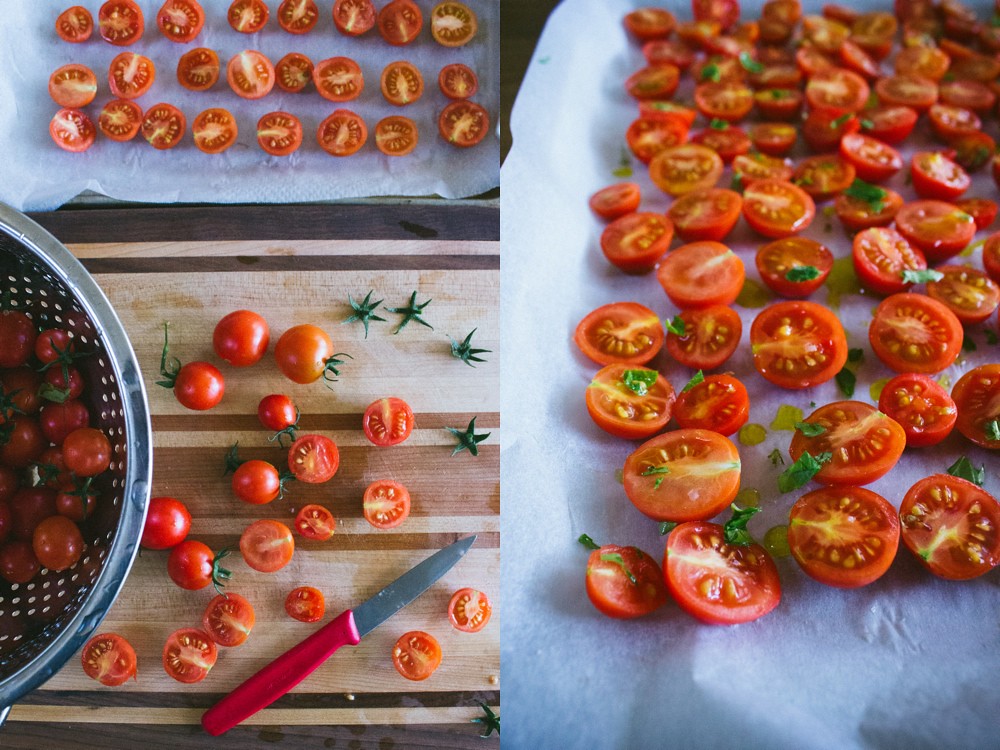 I wanted to capture the sweetness of these perfectly formed beauties, so rather than breaking them down in a sauce, I opted for a long, slow roast in a low oven. The slow cooking dries out the tomatoes just enough to add texture but leaving them in the oven once it’s turned off allows the juices to collect with the tomatoes to maintain their sweetness. When you steal yourself a warm tomato from the tray you’ll get a burst of sweetness followed by a hint of vinegar, making you second guess whether you added some during cooking. The flavour is intense and uplifting. 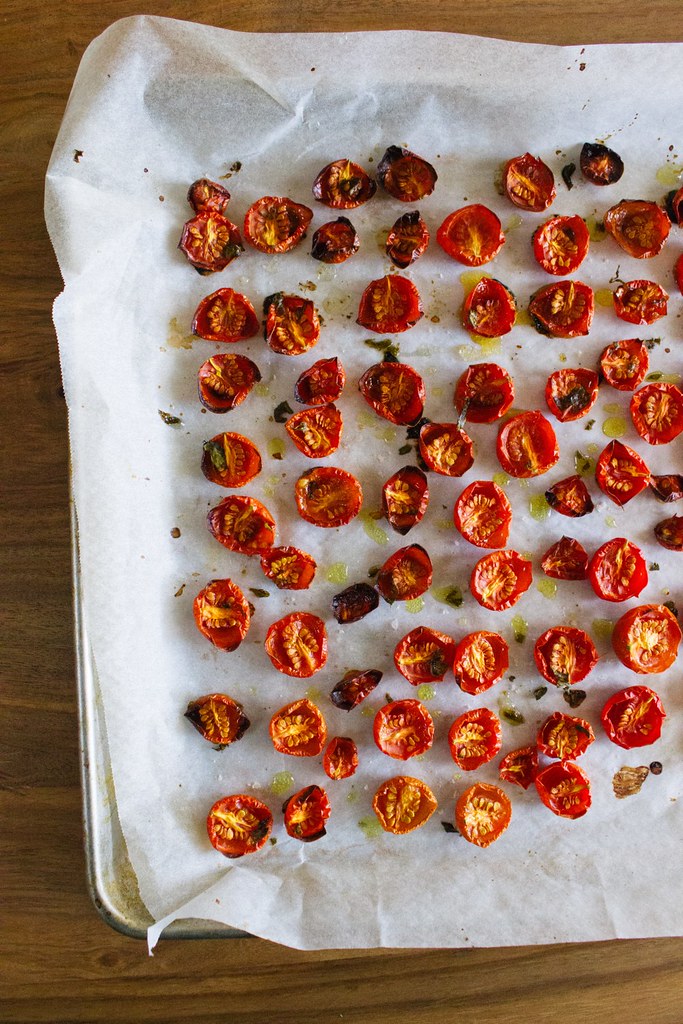 A jar of slow-roasted tomatoes in the fridge is an excellent excuse for simple fare that needs one crowning ingredient. Add them to a bowl of pasta dressed in olive oil and black pepper. Scatter them over a quinoa salad with crumbled feta or stick a few in a toasted ham and cheese sandwich and appreciate the depth of flavour they add. I stirred a handful through a warm bowl of freshly-cooked white beans, tore some basil over the top and ate a bowl of comfort. 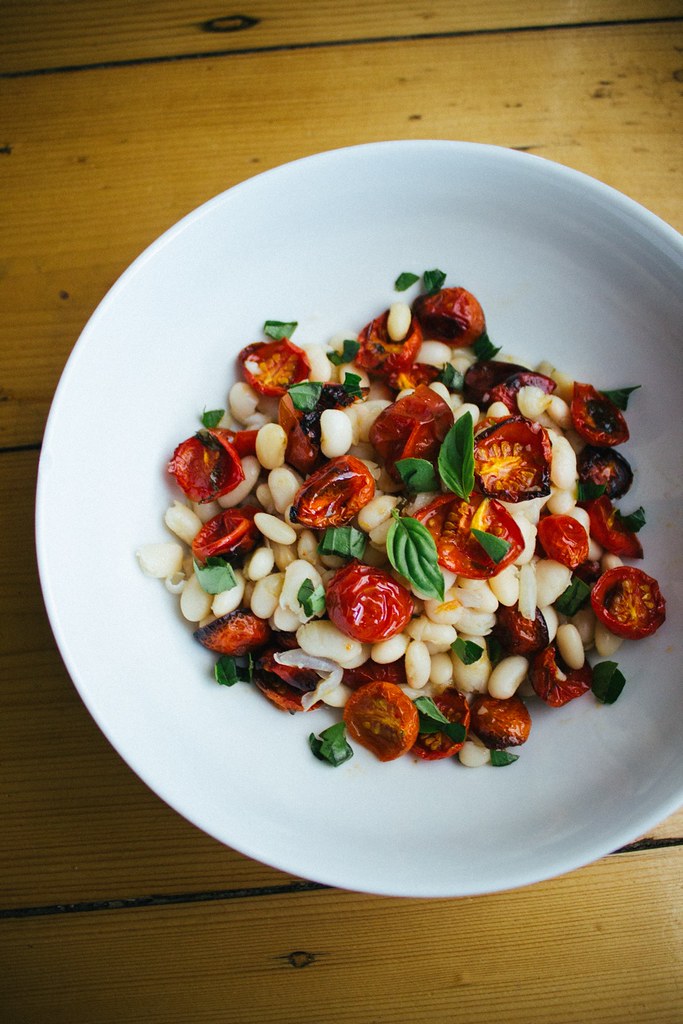 A generous drizzle of olive oil

Halve the tomatoes and arrange cut-side up in a single layer on the tray. Drizzle with olive oil and season. Scatter a sprig or two of torn herbs over the top.

Place in the oven for an hour and a half to two hours (I like mine a tiny bit blackened). Turn off the oven and leave the tomatoes in the oven to cool.

Store covered in olive oil in an air-tight container and keep in the fridge.

Recipe from Frances Boswell, the lovely Chinese doctor I saw in New York.