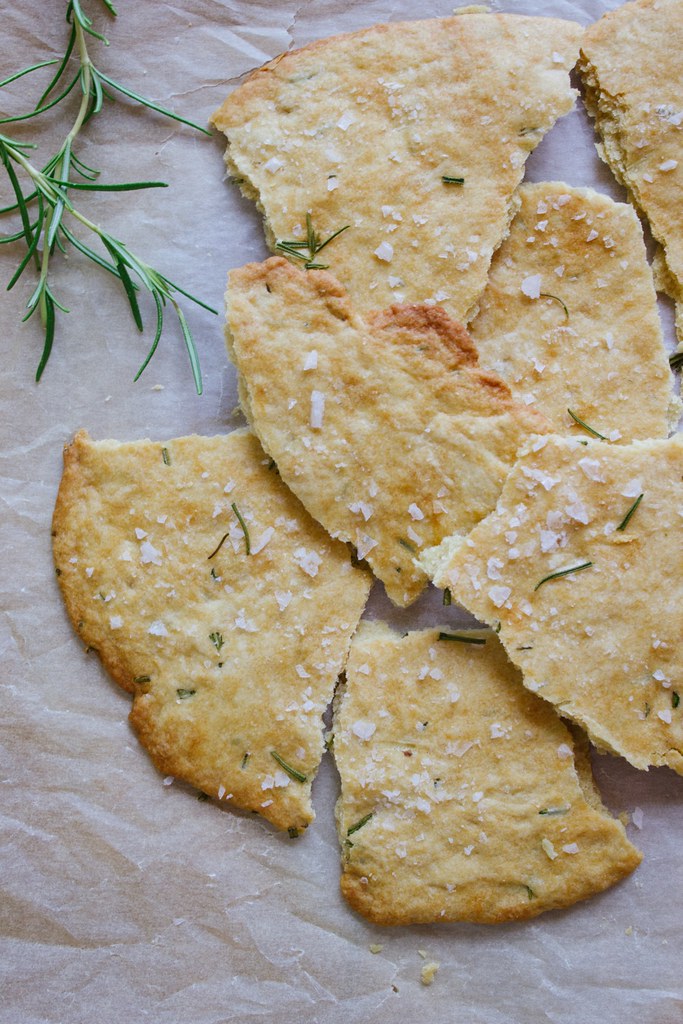 Since humans worked out how to use grains around 10,000 years ago we’ve been making unleavened bread. It’s been a staple in many cultures, harking back to the birth of modern civilisation in the Fertile Crescent. You could say we’ve collectively had a decent amount of practice making flatbread, so I’m not sure why I thought it would be difficult. Turns out, all that practice was worthwhile. It’s really quite easy to make very tasty bread with ingredients you probably already have in your pantry (especially if your garden boasts a rosemary bush as my new garden does). 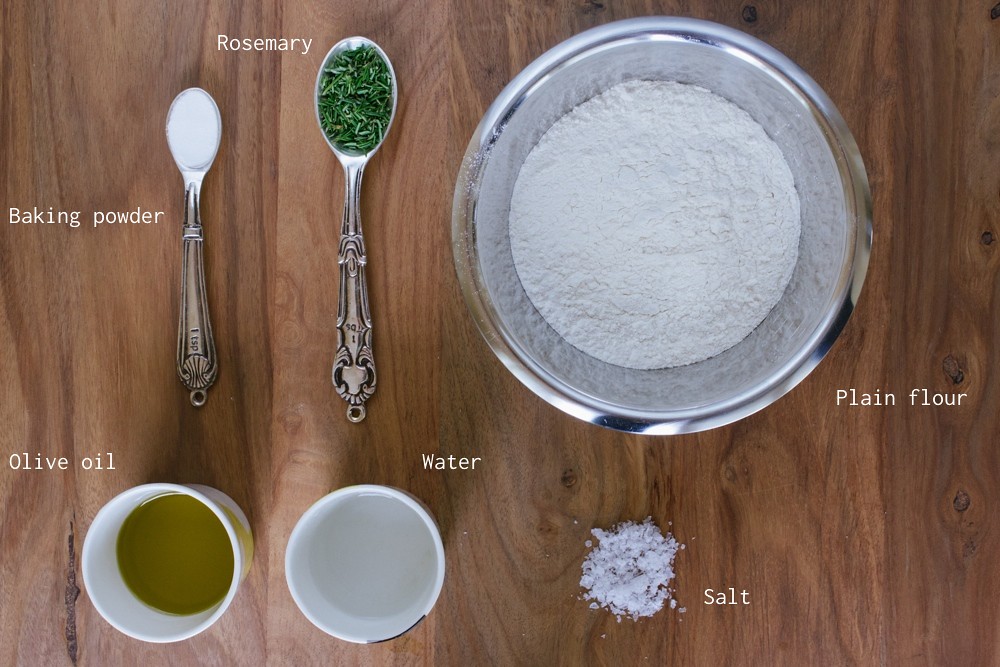 This bread is not a soft, pillowy kind of flatbread like a naan. It more resembles what would happen if pita bread and a cracker got together and had a baby: a sturdy, thin bread that lacks the crunch of a cracker but rewards you with a textured, soft mouthfeel. The olive oil keeps the dough smooth and lends a subtle flavour to the bread, though the real flavour punch comes from the rosemary and salt. If you don’t have rosemary on hand, you could use another sturdy herb like thyme or perhaps add some olives into the mix. 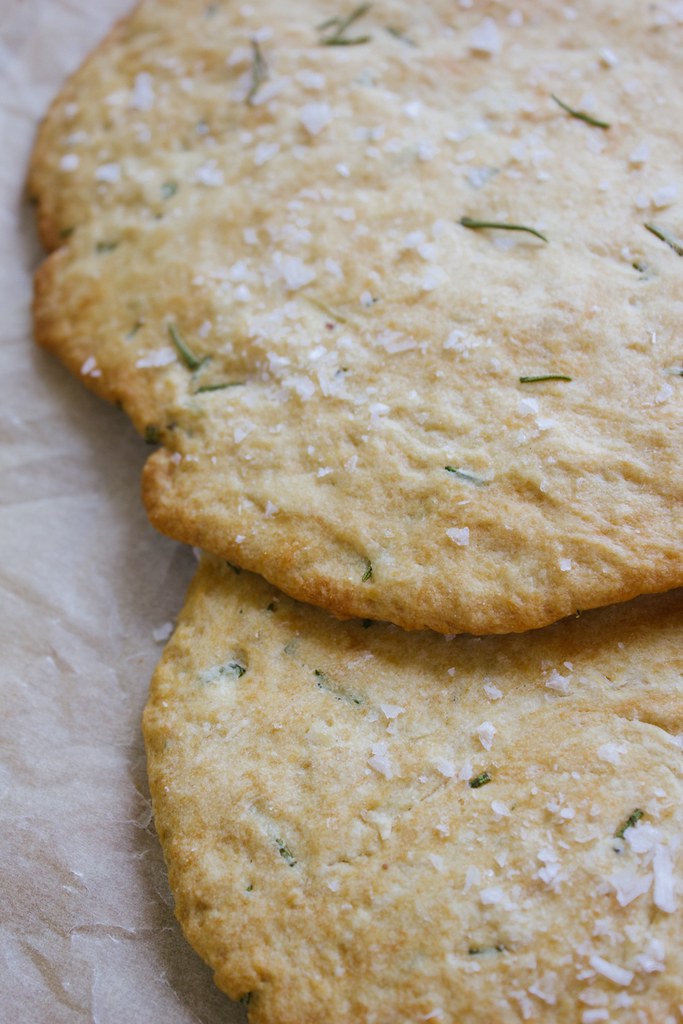 This recipe makes three large flatbreads that you break into pieces designed for nibbling on. They are sturdy enough to carry a dip or to hold a smear of  pate or rillettes. A dollop of goats cheese and jam would sit very well on top. Or perhaps serve them alongside a soup or stew. They keep for a couple of days, so you could try out a few combinations, if you don’t eat them all in one sitting. 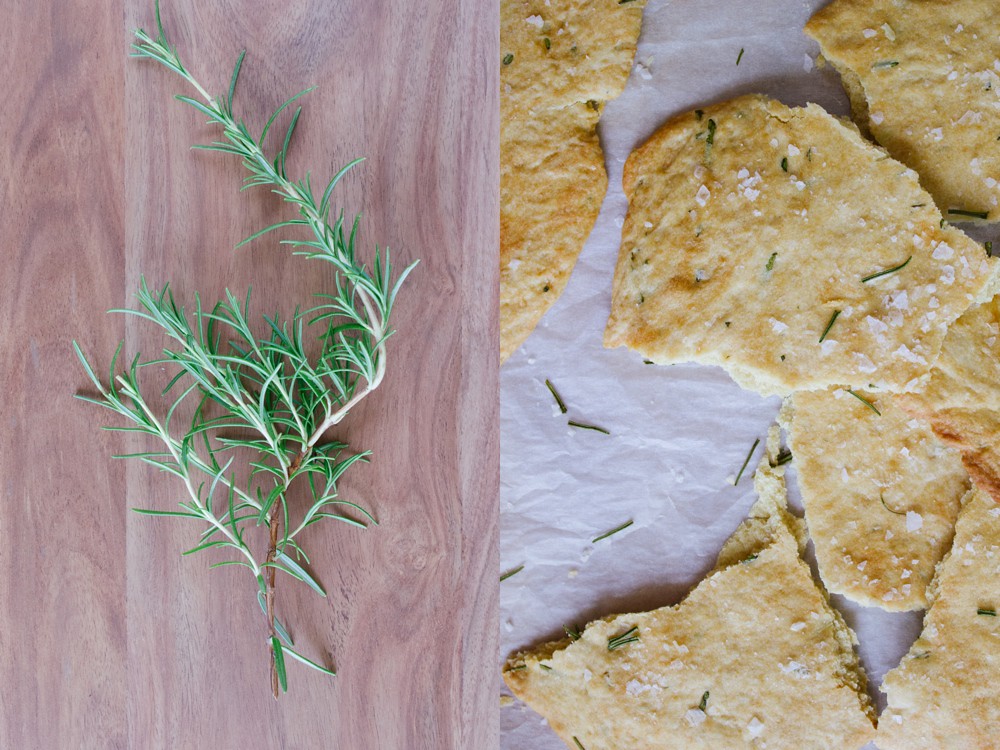 Makes three large flatbreads, one of which would sit nicely on a charcuterie plate for two people.

Takes 15 minutes to make the dough, then around 30 minutes to bake the bread in three batches.

Preheat oven to 230°C/450°F with a sturdy baking sheet on the middle rack.

Sift flour into a medium bowl and add chopped rosemary, baking powder and salt. Make a well in centre, then add water and oil and stir with a wooden spoon to form a dough. Knead dough gently on a clean work surface until you have a nice ball (doesn’t require much kneading).

Divide dough into three pieces, setting aside two of them in plastic wrap. Roll out your remaining dough on a sheet of baking paper until the dough is thin and in a shape you like (I went for oval, because I am bad at rolling and that’s just what happened).

Brush the top with extra oil and lightly press some extra rosemary leaves into the dough. Sprinkle with sea salt. Gently lift your baking paper and dough onto your pre-heated baking sheet and pop in the oven until golden, about 8-10 minutes. Transfer flatbread to a rack to cool, discarding baking paper.

Repeat with fresh baking paper for your remaining dough, doing one at a time and leaving the oiling and salting until just before you put the dough into the oven.

Flatbread can be made two days ahead and when cool, can be kept in an airtight container in the pantry. 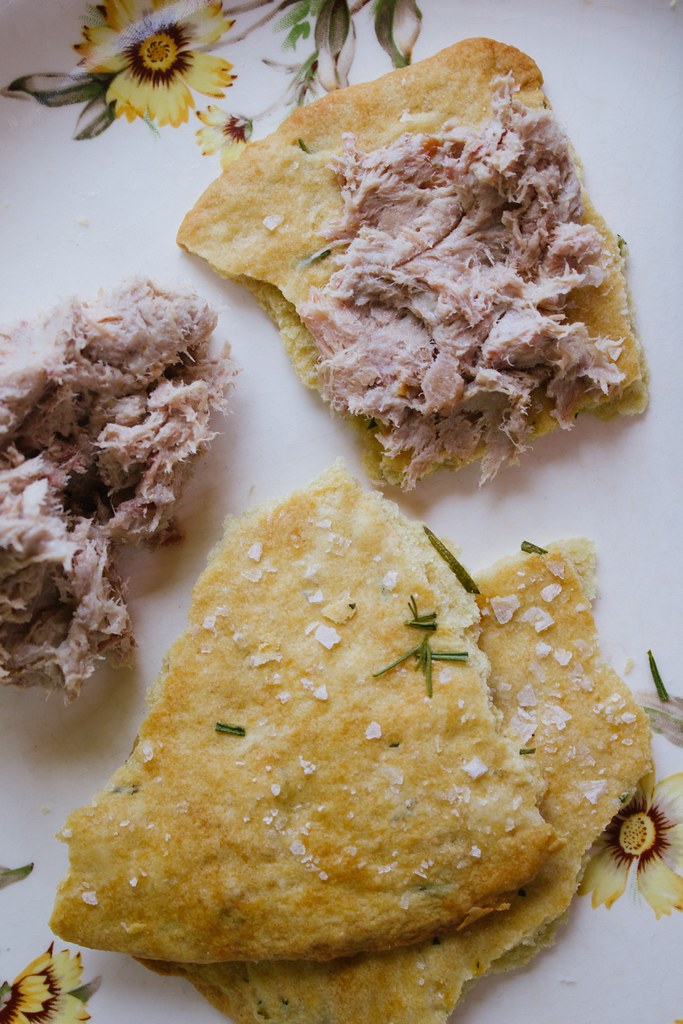 How to Make Labne