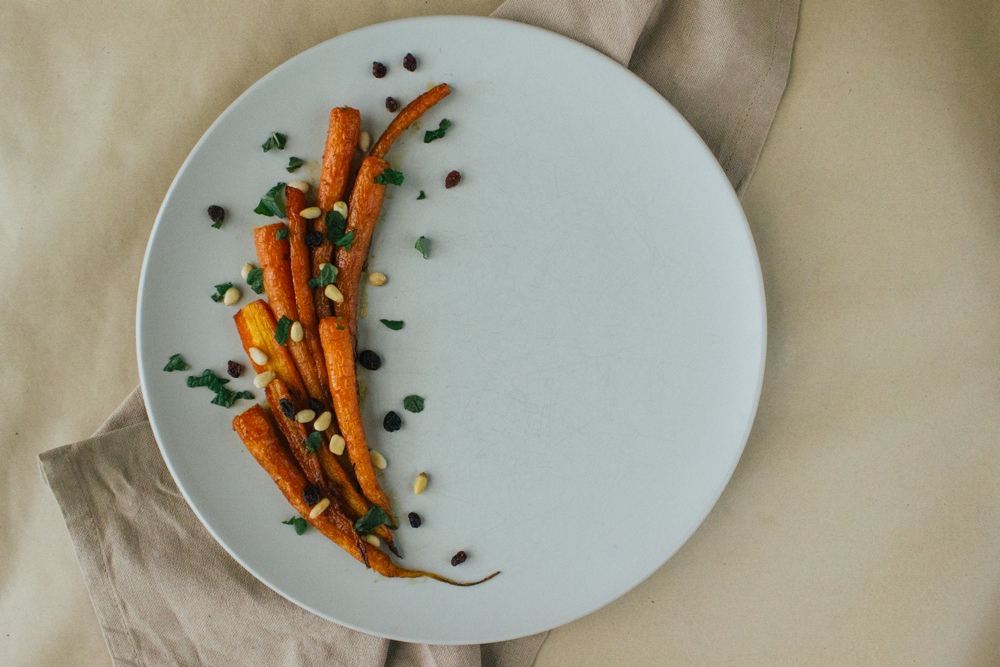 These carrots are not a Turkish pilaf. They do not in any way resemble a plate of plump bulgur wheat, tender lentils and shredded chicken gently spiced with cloves and cinnamon and topped with yoghurt. Sometimes things don’t work out in the kitchen as you expect them to, and this week the bejewelled pilaf of my imagination ended up resembling overcooked, grey porridge. I don’t even know what happened. Too much stock? Too much bulgur? I’ll attempt to work it out next time, but for now I’m grateful that I stuffed up because it meant I cooked these carrots, and they are delicious.

With handfuls of toasted pine nuts, currants and mint left over from the porridgy pilaf and half a bottle of pomegranate molasses in the pantry, I grabbed a bunch of carrots from the fridge and turned the oven on. I collect recipes for special ingredients that I buy, as I hate wasting bottles of interesting things for lack of ideas on how to use them. I’d saved this roasted carrot recipe a while ago when I first bought a bottle of pomegranate molasses (for this Rosewater Chicken). Since I was in the mood for something middle eastern, now seemed like a good time to use it.

A tray of roasted carrots is a beautiful way to begin. The sweetness that is coaxed out of carrots when made golden and blistered in the oven is delectable. Stirring a teaspoon of tangy pomegranate molasses into the carrots just before they’re finished cooking results in a hint of the classic honey/carrot combo, but way more punk. The puckery tartness of the molasses arrives first, followed by the mellow sweetness of the carrots. I added a shower of toasted pine nuts and currants for lovely texture and mint to brighten up the plate and the palate.

These carrots didn’t last long, they are eat-straight-off-the-tray good. Unlike my ill-fated pilaf that has been stashed in the freezer for a future hunger emergency. 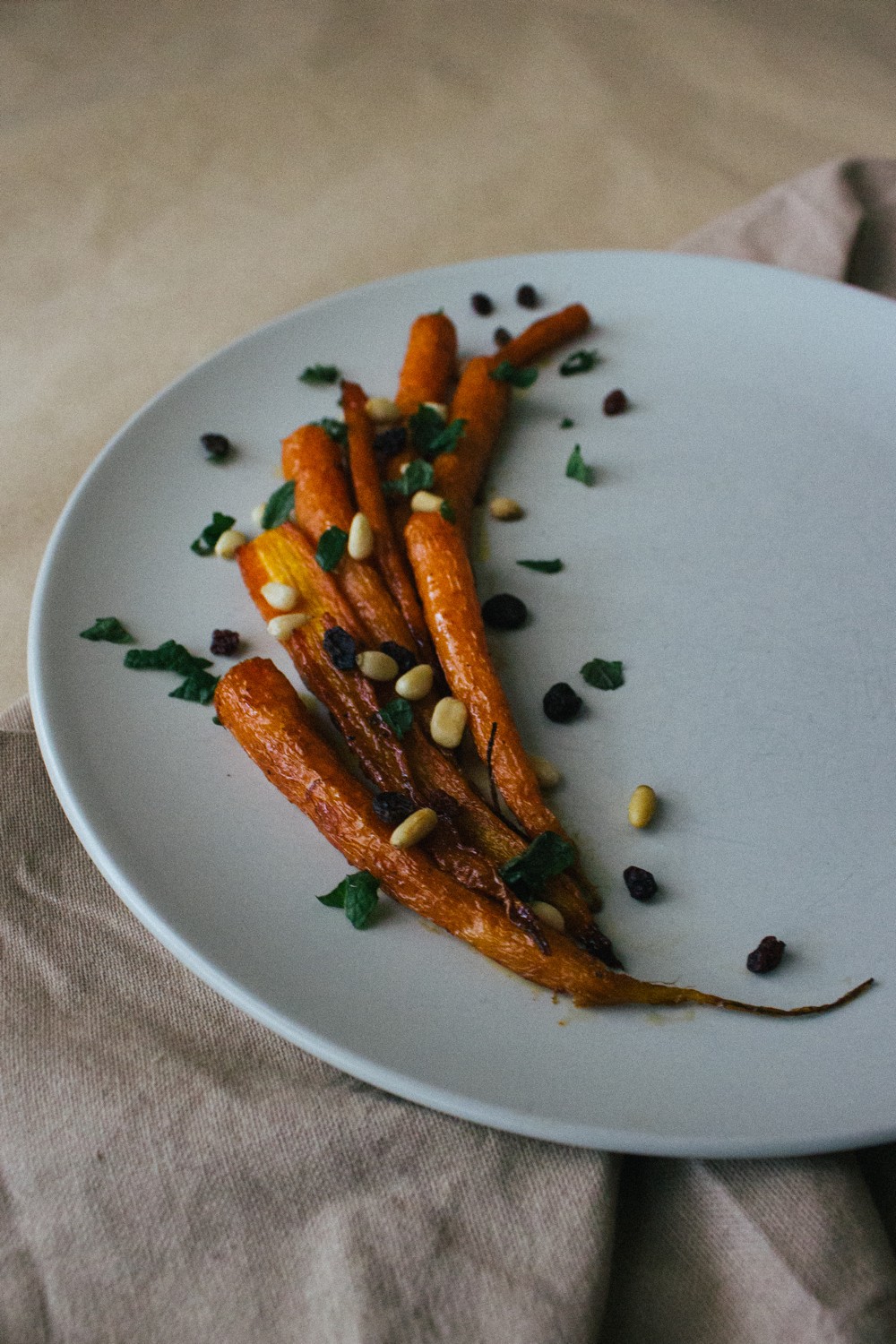 Serves 4 as a side dish

Toss carrots with oil, salt and cayenne and lay evenly in a single layer on a baking sheet. Put in the oven for 15 minutes, turn them and roast for another 10 minutes.

Remove from the oven and drizzle with pomegranate molasses, tossing gently to ensure all the carrots are covered with the molasses. Roast until the carrots start to blister and are soft, about 5 more minutes.

Transfer carrots to a serving plate and sprinkle with pine nuts, currants and mint.

Based on Melissa Clark’s recipe on Food 52.