Introducing Louisa from Shuki and Louisa

Louisa is one half of Shuki and Louisa, a producer of Middle Eastern specialties, based in Melbourne, Australia. We met on a cold morning at the Woodend Farmers Market when we recognised each other from our blogs, and realised we were both having babies around the same time. Once a month I stock up on some of Shuki and Louisa’s delicious hummus and babaganoush, which are both creamy and perfectly seasoned. If you’re in Melbourne, you can taste them for yourself at Coburg, Flemington, Woodend and other famers markets. Check out their Facebook page for more info, and enjoy this simple and tasty Middle Eastern recipe. 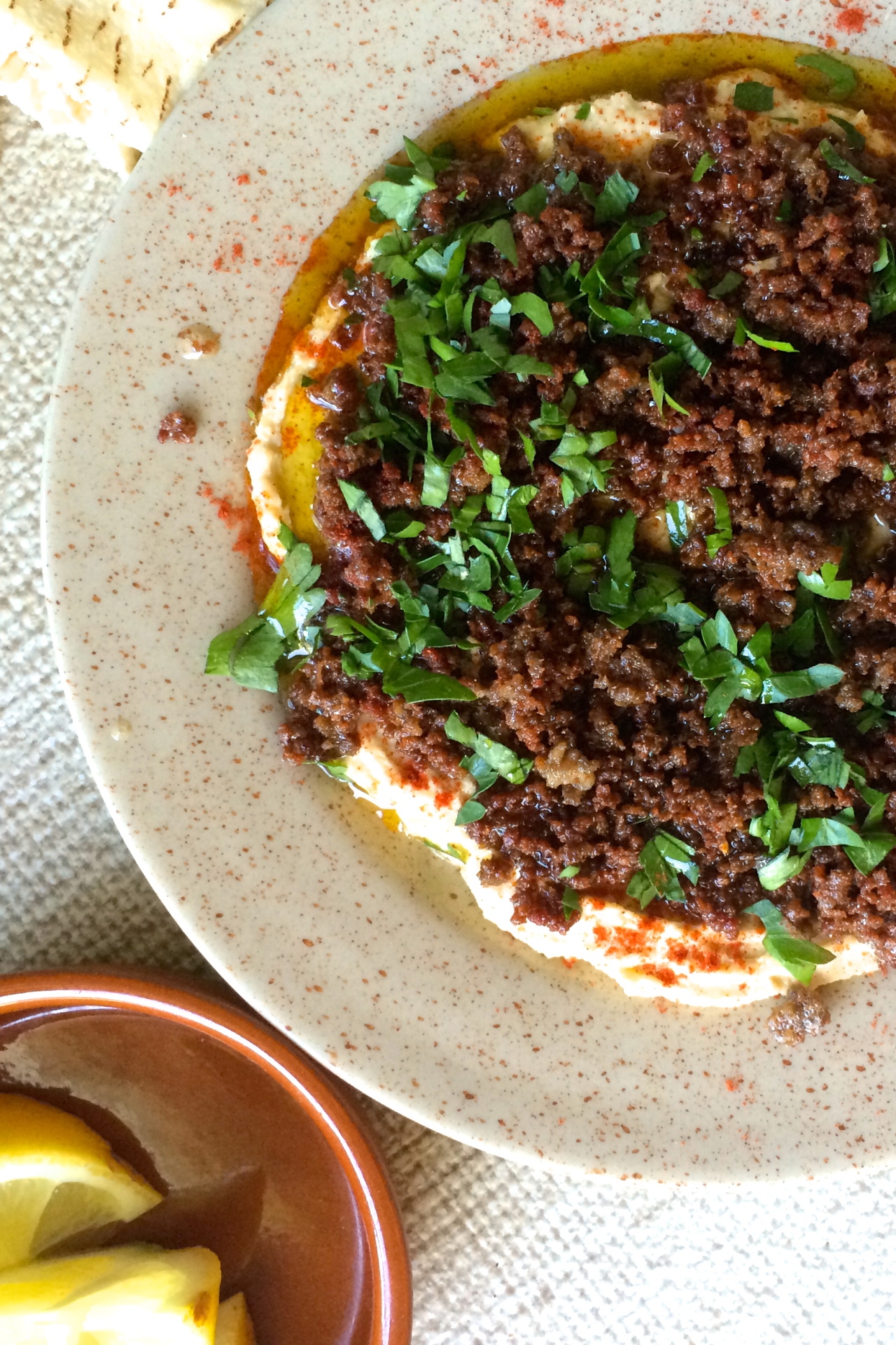 Hi there! I’m Louisa from Shuki and Louisa, taking over the reins of Amelia’s delightful blog, just for this week. I met Amelia a few months back at a farmers market, where I sell home made dips and I was stoked when she asked me to contribute a recipe to Simple Provisions.

The recipe I’ve chosen to share features one of the dips we make; hummus. I’ve not shared the actual recipe for hummus, not out of caginess but because I honestly belive that how you like your hummus is up to you! So either make it yourself with just the right amount of lemon and garlic, or buy a great one from your local store.

So what I am going to show you how to do is make a great appetiser/party dish with a lovely tub of hummus. It’s basically crisp, spiced lamb mince on hummus. There’s two important things here though, you need to make sure you hummus is not fridge cold. Like cheese, hummus is best served at room temperature, so store it in the fridge but take it out half an hour before you want to eat. Also, you need to make sure the lamb mince is good and crisp. This means careful stirring, breaking up and watching as you brown the mince. Then, you’ll achieve a nice textural contrast between the creamy, smooth hummus and the crisp lamb.

First, take the hummus out of the fridge. Spread onto a plate and set aside. Heat a couple of tablespoons of olive oil in a big frypan, add the mince and stir as it cooks, making sure to break up any lumps. Keep stirring as it cooks, you want it nice and crisp. When it’s quite brown, add the spices and a pinch of salt stir well, cook until the spcies are fragrant and if your mince is quite fatty, spoon onto some absorbent paper, then spoon on top of the hummus. Add chopped parsley, paprika and a squeeze of lemon, serve with pita.

19 thoughts on “Guest Post: Spiced Lamb Mince with Hummus from Shuki and Louisa”